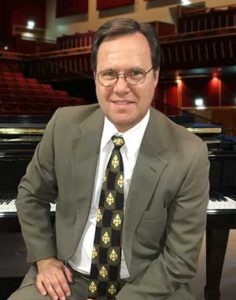 If you would like to have me come perform in your home, church, school, restaurant or other venue, please get in touch. I would love to play a special concert for you and your guests, or perhaps for a fundraiser. I am extremely flexible and can play on a piano you provide or bring an electronic keyboard. The type of show I play is adaptable to your particular venue.

If you would like to talk about scheduling a performance now or in the future, please email me at concerts@dancurtismusic.com. Don’t worry about financial details, there’s always a way to make things happen.

Here’s a video of a couple of different show configurations:

Now for my newest show. I have come up with a new type of concert that needs a little introduction.

I have always been a one-man band. I write the music I record and perform. I play all the instruments, sing all the parts, and record in my own recording studio. This has made it difficult to recreate all my recorded music on stage, so I have generally only performed my solo piano pieces and songs that only require single instrument accompaniment and vocals.

A while ago I got the idea to create a concert that incorporates video to perform additional musical parts that I have played in my recordings. My original idea was to create a transparent video screen that made it appear as though the projected image was on stage with me. But this required a lot of height and stage space to accommodate the video system. As I continued to experiment with various ideas I finally came up with a rear projection system that only requires 5 square feet. This show can be performed in a living room, but if your home isn’t large enough, it can be staged in a rec room, outside, or in a conference room in a hotel.

Here’s a video of the show:

Let’s do a concert. Please contact me if you have any interest in hosting a concert. Just shoot me an email with your contact information and I’ll get in touch.