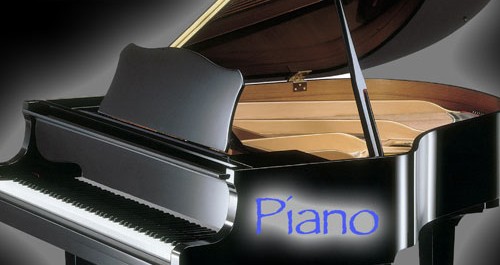 Here are some notes about the songs on the album, Piano.

I love thunder storms. Whether it’s the rumble of distant thunder, or the ear-shattering explosion of lightening hitting nearby, there is something awesome about thunder storms.

I was home alone one night, listening to the thunder of an Arizona summer monsoon. I sat down at the piano and this song just came out. It took a little bit of refining once the storm had ended it was the mood of the storm that produced the song. Since it was written during a thunder storm, I named it, Stormy Night.

While it may seem that I’m preoccupied with weather, It’s only by chance that the first two songs on this album are about weather. They were actually written years apart. They just seemed to fit well together.

I chose the name Rain Dance because the various movements of the song fit the patterns of a rain storm. Like the song, storms often start with a few sprinkles that gradually increase into a torrential downpour. Then they calm into a light rain, followed by heavier rain and finally back to a light sprinkle before the storm moves on. If you listen to the song you can hear this pattern in it. But I didn’t write it with a rain storm in mind. It actually has somewhat of a darker feel to it as it gets going and could easily fit the theme of some gothic movie, but I didn’t want to it to necessarily have a dark connotation.

This song has been very popular. I’ve received more email about this song than any other song on the album.

Several years ago some people in my church wanted to give all the mothers in the congregation a CD that had music for mothers on it. They asked me to help them put it together. They got some people together that could sing along with an accompanist and recorded the album. I wasn’t planning to contribute anything to the album, but as I worked on the project I realized that there wasn’t actually a single song about mothers on the CD. So I wrote this song for the album.

While I was writing music for this album, I came across the manuscript of a song I had written back in college. I had totally forgetten the song. I blew the dust of the manuscript and started playing through it. As I did, the song started coming back to me. It’s a good thing too, because if I would have had to rely strictly on the manuscript to play the song, I couldn’t have done it. It was transcribed so poorly that if any other pianist would have tried to play what I had written, they would have played a completely different song. I have since fixed all the transcription errors so that the sheet music correctly represents the song.

I was going to play this song in my very first solo concert but I had some strange mental block and couldn’t remember more than the first 8 measures of it. I stopped and started over, thinking that it would come to me but it didn’t. There’s nothing worse than being on stage and completely forgetting the piece you are supposed to be playing. I finally made a joke of it and moved on. After the concert, I sat down and tried to play it but still had a total mental block. I had to refer to the sheet music before I could remember it.

Music is a language of its own. It’s a language of pure emotion. Using words, I could attempt to tell you how I feel by using words that convey some intellectual meaning of emotion. You, however, would associate those words with emotions you feel but the feelings you associate with those words may be different than the feelings I associate with them. Words simply cannot articulate how I feel the same way music can. So I could tell you that I’ve been feeling a bit melancholy, or I could just play this song and it would probably make you feel the same way I did when I wrote it.

I often just sit down at the piano and just start playing. Most of the time the stuff that comes out is garbage, but sometimes it’s good. This is what happened with Wind Chimes. When I write music that doesn’t have words, it can be challenging to come up with an appropriate name. I have a tendency to name songs after something they remind me of. This song causedme to picture wind chimes blowing in the wind. I was going to make a video to go along with this song until I realized just how boring it would be to watch wind chimes.

I was driving when I had the idea for this song. I got out my smart phone and recorded my idea. Later, I sat down to work on it and as I tried to play my idea on the piano it changed.

Here’s a quick clip with the recording I made in the car followed by the final version:

I wrote this song when I was fourteen. It’s the oldest song in my repertoire. When I was in college, studying composition, I presented this song in class as something I had written. The professor didn’t like it. He said it needed something but could not tell me what it needed. He was a strange guy. He tried teaching me to write music using mathmatical formulas, but I didn’t do well with it. The stuff that came out of the equations was not music to me. It was just a smattering of disjointed notes of random duration that was anything but music to me. I dropped out at the end of the semester. So much for my music education.

It can be somewhat challenging to come up with names for instrumental music. Songs with lyrics are easier to name because they have a story or a subject. The names of songs with lyrics generally go along with the subject of the song, but instrumental songs are more challenging. I usually come up with the name of my instrumental music based on how it makes me feel. It seems that a lot of my music is somewhat introspective. This song, in particular, seems to have a mood consistent with meditation, so that’s what I named it.

I was looking through a file of music that I have started and abandoned over the years. I found some notes jotted down on music paper in a file I keep of musical ideas. I obviously hadn’t gotten very far with it. I essentially had bookends; the beginning and ending of the song. All I had to do was come with everything in the middel. I have found when writing music for piano that I often get stuck. My pattern in the past has been to create a song from beginning to end before writing it down. This process doesn’t seem to work for the piano music I’ve been writing lately. I’ve found that I usually get stuck and can’t move forward until I transcribe what I have created.

When I was 17, my parents sent me on a trip to Europe with a group of high school and college students. We landed in London, then travelled across the English Channel by ferry to France. From there we toured Italy and Switzerland. I still remember how I felt in each of those countries. When I came up with this song it reminded me of how I felt in Italy. I originally named the song, Italian Countryside, because it gave me the feeling of being in Italian countryside in the summer. But the name didn’t quite work, so I renamed it, Tuscany.

When I was studying music in San Francisco, I heard somebody playing this song in a practice room. I immediately liked the song because of its simplicity, eccentricity and mood.

Erik Satie was a French composer in the late 1800s. He was admitted to the Paris Conservatory of Music in 1879. His teachers told him he had no talent. In fact his piano teacher, Georges Matthias, described Satie’s piano technique in such unflattering terms as, “insignificant and laborious” and “worthless.” Emile Descombes called him, “the laziest student in the conservatory.” In a book on contemporary French composers published in 1911, Satie was called “a clumsy but subtle technician.” Interestingly, Erik Satie’s works have lived on while the critics of his day have faded into oblivion.

I can relate to Erik Satie. And I think that his most famous composition, Gymnopedie #1, is a fitting final song for this album. 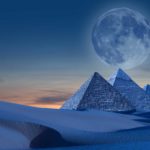 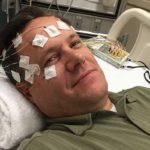